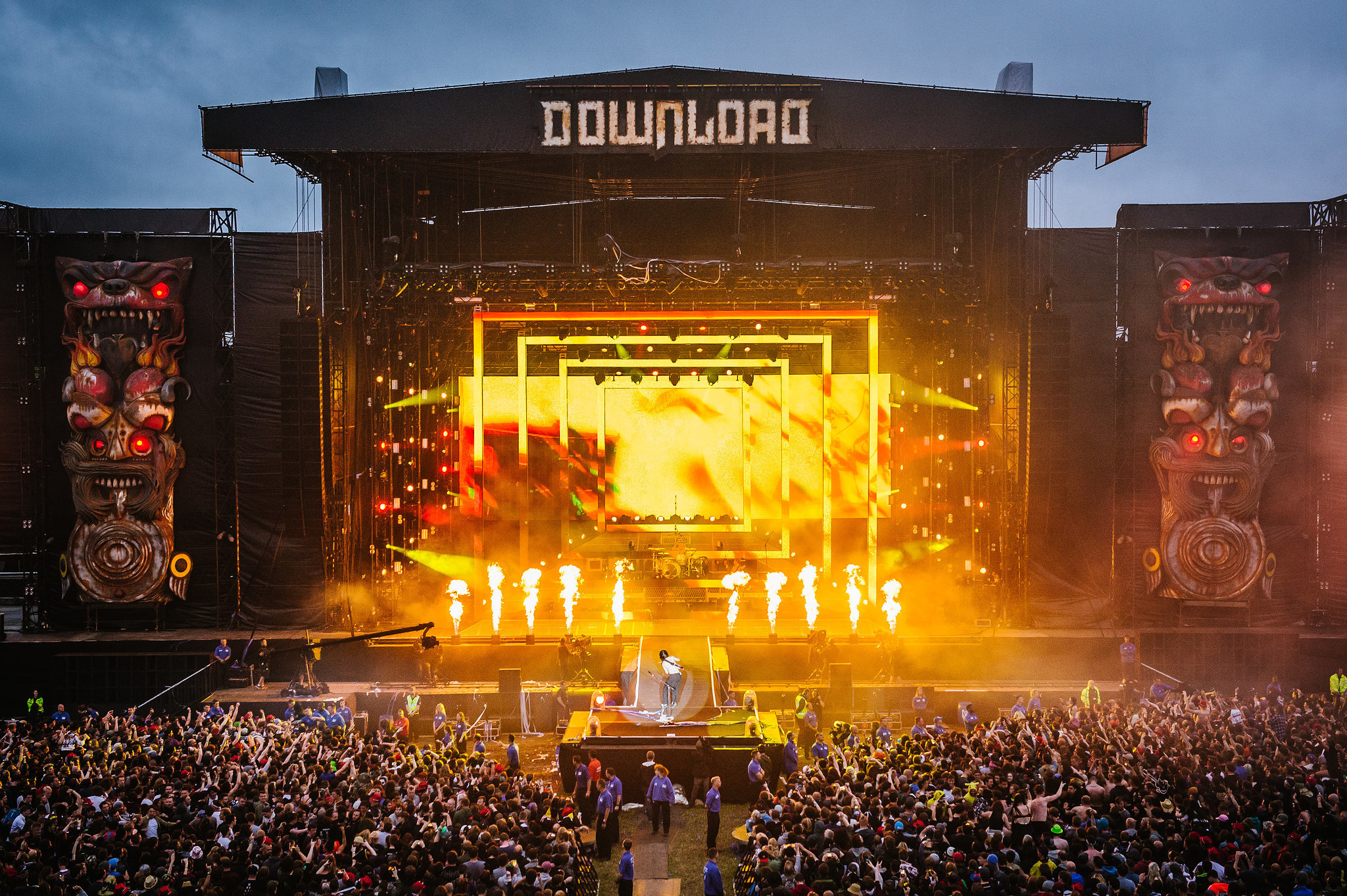 SO we've given you our picks from the third and fourth stages, we've had an in depth look at the three main headliners and we've given you a dose of fan comments and a mega playlist to enjoy; now we're going to finish off our Preview run with a scan through some of our top picks across the two main stages (outside of the headliners of course). As we've noted previously, the line-up for Download this year is STRONG with each stage absolutely stacked, make sure you don't miss these:

Considering Marmozets are only on their second full length record and they've got a slot midway up the Main Stage on the opening day of Download Festival says it ALL about the quality and talent amidst the Yorkshire five-piece. Their eclectic breed of post-rock fizzes in and out of raw heaviness and melodies that will easily leave a lasting impression at this year's festival.

Considering the fact Jonathan Davis has spent the bulk of his life fronting the legendary Korn there's absolutely no doubting the second stage will be absolutely HEAVING for this. With Davis recently embarking on this new solo project to very positive effect in the release of the well received Black Labyrinth we're very excited to see what this set brings - just don't expect too many Korn tracks.

Now operating as a three-piece, the grossly underrated CKY have returned and are set to make their first UK major festival appearance for quite some time. A band who have constantly struggled as far as shaking loose that association with the Camp Kill Yourself and Jackass generation to stamp their own authority as a band, most of their best material has often gone completely under the radar. We'll definitely be hearing some of the older classics but tracks from their latest record The Phoenix will also go down very well.

EASILY one of the most anticipated festival sets in Download Festival history, Parkway Drive are riding a wave of momentum so fucking big right now they're laying siege on the rest of the heavy music scene. Their new record Reverance displays a band who have truly grown and matured in to that sound they took by the horns for Ire. Relentlessly heavy with stupendous sized anthems, this very much has the chance of being the set of the weekend for many people. NOTE the early set time - this looks like it may be due partly to the length of the Guns N' Roses set over on the Main so don't get caught out!

As much as Baby Metal pretty much split the heavy music audience in two as far as on one side there are those who cannot tolerate such a band and on the other there are those who see this as only being the start for bands like this, there is absolutely no denying the spectacle Baby Metal deliver. It's as ridiculous as it is fun, just go and enjoy it!

Considering the calibre contained within Dead Cross and the high level of output recently it's pretty amazing how little talk there's been about this set at Download. Mike Patton and Dave Lombardo spearheading a cacophony of Hardcore noise and energy? Absolute no brainer for us.

The absolute masters in extreme progressive metal, Meshuggah truly deserve this spot on the second stage. A band who have tirelessly and relentlessly delivered over the years will bring an absolute hammer blow of heavy to Donington Park come Sunday evening.


So those are our TOP picks to check out across the weekend on the top two stages. You're running out of time but tickets are still on sale for Download 2018. Click on the banner on this page to take you STRAIGHT to the ticketing page.

Check out the other three previews we've posted: