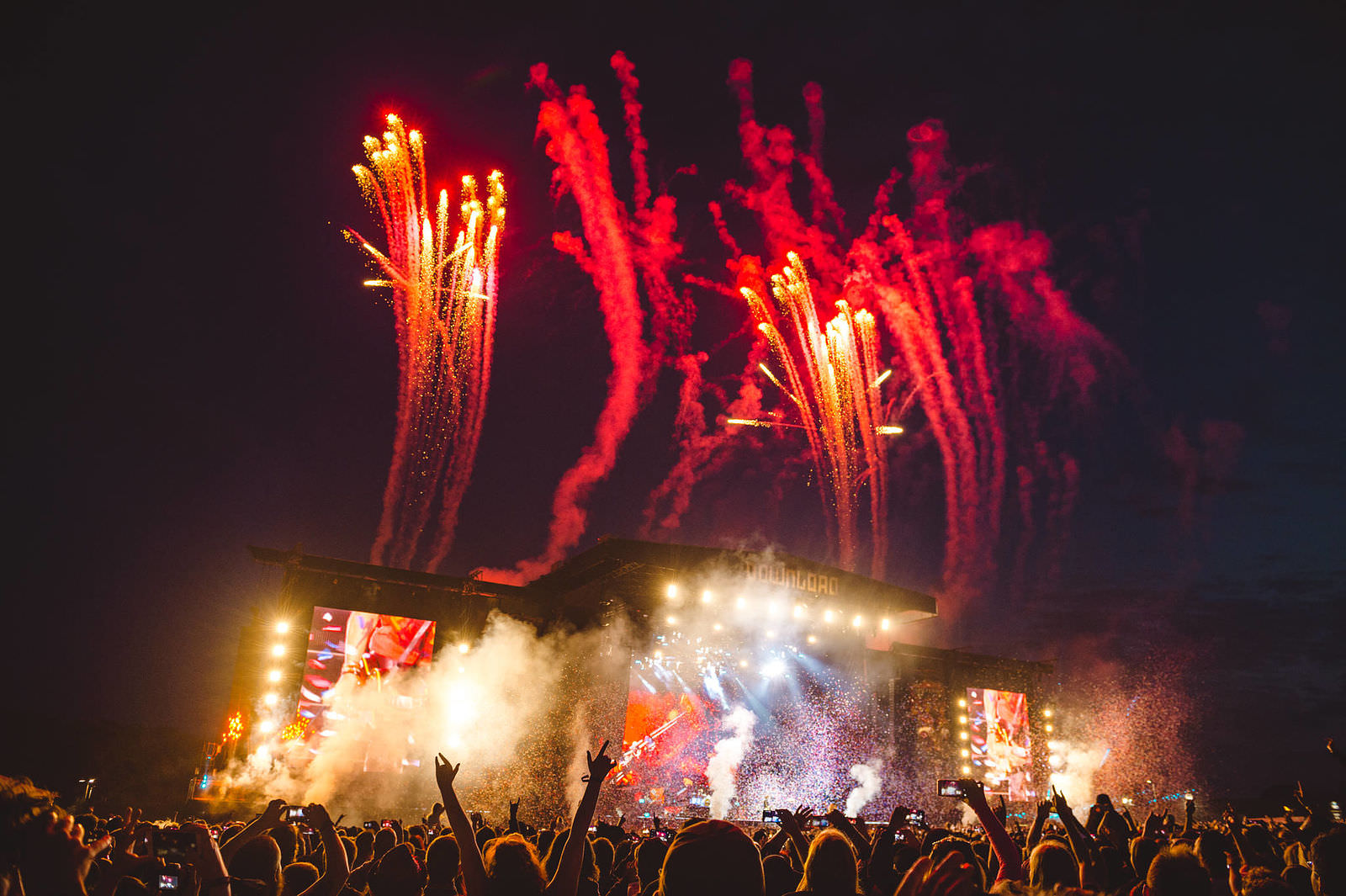 With the loyal Donington faithful waking up to a Guns N' Roses sized hangover on Sunday morning the gates for the arena opened one last time in 2018 with the sun still absolutely BEAMING. Sunday is always a special event in itself at Download Festival and this year was absolutely no different with the likes of Ozzy Osbourne, Marilyn Manson and Body Count all set to hit the stage.

First up for us was a band whose crowd size was so thin it was borderline unbelievable considering the kind of talent that was on offer. Mike Patton of Faith No More fame and Dave Lombardo who is arguably the greatest drummer of his generation have come together to form Dead Cross (11/13) and as you'd probably expect they're an absolute powerhouse on stage. With Lombardo acting as the puppeteer for the frenetic display in front of him the band engineer an absolutely stunning level of savage hardcore that had everyone absolutely glued throughout. Patton was having some serious technical issues with his equipment for pretty much the entire duration which caused him to have some absolutely irate bursts of rage towards the crew standing to the side of the stage - to the point where they flagrantly stuck a middle finger up to their allotted time and caused some very animated gesturing crew members which only spurred Patton on more. They're a band who don't need to give a fuck about anything except giving a great show and for that we should be very thankful.

Not too long after this short spell of absolute bedlam came another dose of chaos - to say Body Count (11/13) know how to put on a show would be a complete understatement. Ice-T has been plying his trade on the live stage for a long, long, time now and it absolutely showed as he held the full crowd firmly in the palm of his hand from the minute he raced on to the second he left with his little daughter held on his shoulders. Picking festival set-lists must be a difficult task for any band when the situation dictates that they often have less than half the time they would've had in a normal headline show. With that said, Body Count played their cards perfectly - opening with their cover of Raining Blood was a masterstroke. Huge performance in the blazing sun.

Sticking with this stage, the next band to absolutely blow everyone's mind were the almighty Meshuggah (11/13). Admittedly, there was a little concern over this booking, not because of the calibre of the band but more how their sound would translate on an outdoor stage midway through the afternoon. Well, absolutely no need for concern as the Swedish legends ploughed through with their characteristic level of venom and ferocity. As per usual Tomas Haake showed off exactly why he's considered one of the greatest of all time behind the kit (what an amazing opportunity to see him AND Lombardo on the same stage that day by the way!) as he continues to be the absolute driving force for Meshuggah's power in the live environment.

Heading round to the Main Stage, another of the more anticipated acts of the weekend was about to hit the stage. At this point in his career, whenever Marilyn Manson (10/13) is announced to play a show the chatter immediately kicks in about what kind of form he's in. This is especially the case when it comes to Download Festival with Manson's last appearance on the hallowed turf of Donington now becoming legendary in just how bad it was. The last time Manson was on these shores it wasn't too long after he'd broken his leg following a stage accident so whilst 'mobile' probably wasn't the word for it, it was good at least to see him have a little more freedom on stage than he did at Wembley Arena. The set-list for this performance was STRONG - cracking out the likes of Angel With The Scabbed Wings and Antichrist Superstar along your more standard foray of hits kept up a buzz across the crowd. Dani Filth's involvement in The Beautiful People was a mildly entertaining addition to proceedings but on the whole Manson did make up for his shambolic showing last time round somewhat - the more fervent critics sharpening their tools need reminding that they're watching a Marilyn Manson show in 2018, not 2001. 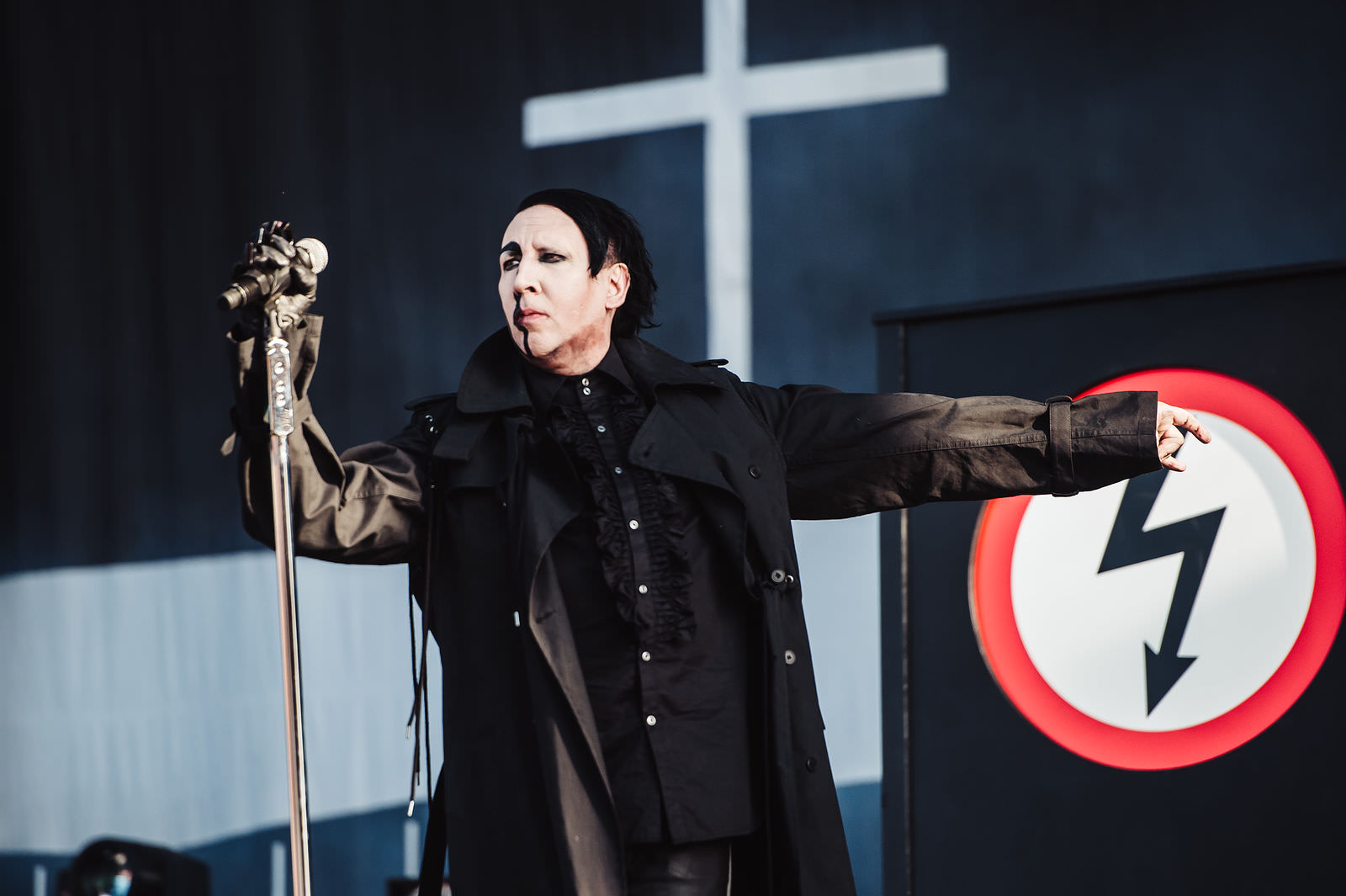 On then to Sunday's main event and the last of Download's three huge headliners. The last time Ozzy Osbourne (10/13) performed at Donington it was as part of Black Sabbath's final ever UK festival performance. He was the weakest link that night in a performance tainted massively by poor sound sided with intensely bad weather so it wasn't always clear what kind of Ozzy we were going to get in 2018. Amazingly this was Ozzy Osbourne's debut performance in his solo outfit at Download Festival so it actually proved incredibly welcome that he kept the Sabbath covers to a minimum. Ozzy has drafted Zakk Wylde back in to his band for this run and whilst his guitar skills are undoubtedly impressive, he massively needs to tone down on the pinched harmonics - we can all agree that Bark At The Moon simply doesn't need 42423746287346 high-pitched guitar notes. Ozzy's vocals were actually damn impressive throughout the performance - far better at least than the last time he was at Donington - and his general enthusiasm was consistently high as per usual. An excellent finale to another hugely impressive Download Festival.