Since their debut crashed through the heavy music scene with devastating effect in 2002, Mastodon have cultivated a sound and feel over the years which most bands could only hope to replicate. With seven studio records under their belt, each containing their own unique personality, atmosphere and attitude almost completely independently from each other, Mastodon's creativity has frankly never disappointed. With the band currently storming their way across venues up and down the UK, here's our celebratory guide to Mastodon's full back catalogue in which we've picked our top tracks from each record. Whether you're having a rediscovery dive back through their albums or feel like you've never quite scratched the surface, you can't go wrong with these selections below.

March Of The Fire Ants

Whilst it was phenomenally difficult not to choose the opening track Crusher Destroyer and celebrate the mere fact that Mastodon's back catalogue kicks off with the sound of the T-Rex roar from Jurassic Park; as far as devastating heavy tracks go in Mastodon's arsenal, March Of The Fire Ants ranks up their amongst the best. Relentlessly powerful, this track almost feels all consuming in it's all out attack on your senses. Whilst the whole band shine, the absolute stand-out performance comes from drummer Brann Dailor. Even after multiple, multiple, listens it's difficult to comprehend he isn't some kind of machine.

An absolute classic. Easily one of THE staples for any Mastodon live show, as an opening track on the album it hits you with such power it almost feels completely relentless. With Blood and Thunder as well we have the beginning of an unbelievable streak of guest appearances across the band's discography. Who better to close a track of such ferocity than the almighty Neil Fallon? Clutch's vocalist rips through the speakers like a man completely fucking possessed - what a moment.

Speaking of guest appearances, with Aqua Dementia Mastodon began a very special, lengthy relationship with Scott Kelly of Neurosis fame. Kelly has since featured on a track for Mastodon on every record since Leviathan so it's important this particular song was featured as part of this. Musically Aqua Dementia is dense, interesting and once again an early show of why Mastodon made such an impression during their earlier years.

Part of why Blood Mountain strikes such a special chord with most Mastodon followers is the fact that this record epitomises the enormous breadth of Mastodon's sound. From a crushing flurry of chaos one minute to soaring melodies the next and with This Mortal Soil it's all perfectly encapsulated in to one track. Phenomenally catchy, one of those Mastodon tracks where you'll find yourself humming the melody consistently whilst pottering about your daily life.

With Crack The Skye, Mastodon definitely drifted in to a proggier realm with seven tracks consisting of immensely intricate sections intertwined together to create epic after epic after epic. For our choices from this record we've gone for the two longest tracks and a pair of absolute masterpieces. The Last Baron takes you on a powerful journey and hits the spot with every single second of the 13+ minutes. An insane highlight on this one is the exact point the Rush worship ramps up to another level with an unbelievable transition in to a brief spurt of the Canadian's classic YYZ. To have the confidence to not only run with this idea but pull it off flawlessly deserves eternal applause.

A huge fan favourite, The Czar is a track which in itself is split in to four sections telling the tale of The Czar's wife warning Rasputin of the assassins who are coming to kill him. Monstrous sized riffs, insane soloing, strong melodies, and a loop round tying together the start and finish makes this track as close to perfection as you can possibly get. Here's hoping they start cracking this one out live a bit more.

Curl Of The Burl

Where Crack The Skye blasted Mastodon in to a direction where they were exploring their proggier side and making everything that bit more expansive, The Hunter pulled them in the opposite direction entirely. Dropping the concept element to their production of this album, The Hunter was instead a collection of, largely shorter, singular tracks. The highlight of the bunch for sure stakes a claim for Mastodon's catchiest track which goes a long way to explaining why this was chosen as the lead single at the time. Punchy, groove-laden riffs seamlessly collide as all three of Brann Dailor, Brent Hinds and Troy Sanders trade off on unbelievably catchy harmonies. A track that fully epitomises this album as a whole.

Not a million miles away from Curl Of The Burl, High Road on Mastodon's follow up to The Hunter immediately boots this huge crunchy riff in to your face which lays the path towards an emphatic chorus. Brann Dailor only started making an appearance on vocals from Crack The Skye onwards but by the time Once More 'Round The Sun saw it's release he'd developed this aspect beyond belief. His soaring clean vocals perfectly works against Troy Sanders' gruffer edge and High Road amplifies that brilliantly.

With Emperor Of Sand Mastodon have once again created a record with it's own unique feel and atmosphere. Heavy, trippy, brutal and hugely emotional. Clandestiny feels like the kind of track which on first listen you wouldn't necessarily pick out as your highlight. After more and more listens though, you truly appreciate the complexity, the depth and the beauty of this track. Some of the best Bill Kelliher/Brent Hinds guitar work ever laid down on record and don't even get us started on those intertwining vocals - just stunning.


Shout out to Scott Kelly

We've already referenced this above, but musically the connection between Mastodon and the Neurosis man is incredibly strong. With the fact that on their current run of tour dates the band have actually brought Scott Kelly out for the ride here's your full list of Mastodon tracks featuring his significant contribution:


Mastodon are currently on tour and continue to be added to a swathe of Summer festivals. Head over to https://www.mastodonrocks.com/ for more info and to make your purchases! 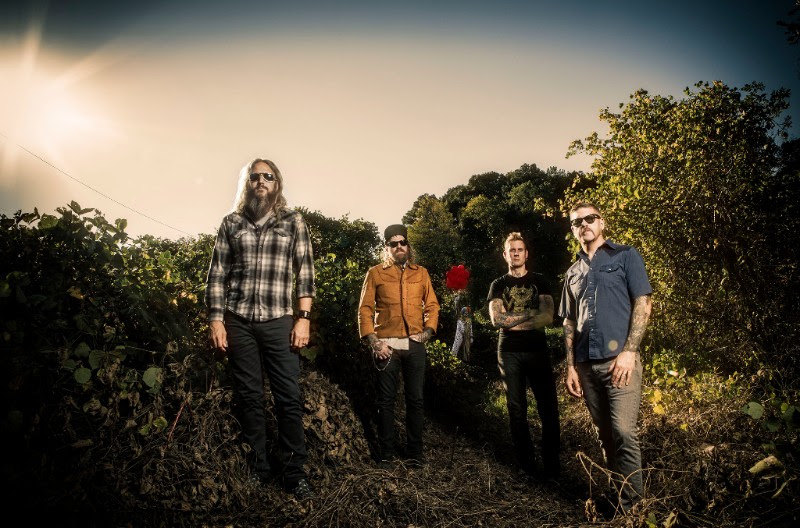